God was always there 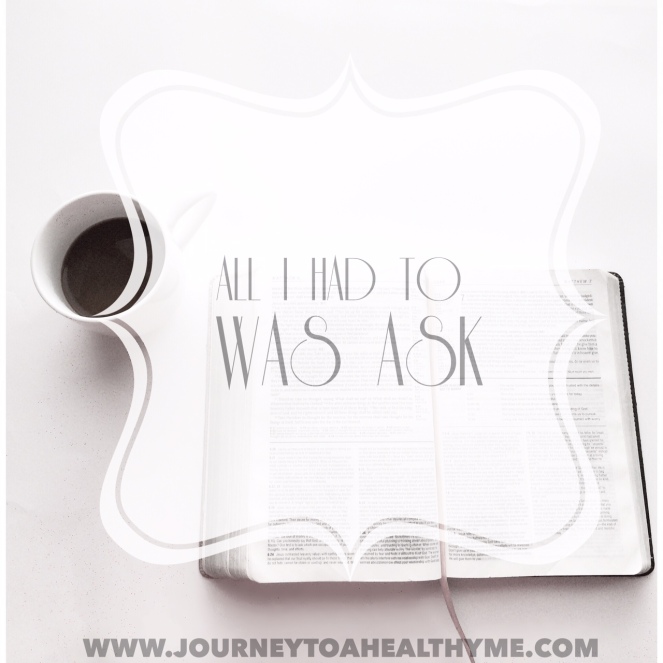 It amazes me how we can let people, situations, past experiences, etc cloud our way of thinking.  Sometimes, we are not aware that it is going on.

I look at my life at this current moment and I am not where I was last year mentally, spiritually, or physically.  I am so much better.  I have lost weight and my mind is clearer.  You see, my mind was clouded by people, my job, past experiences, etc.  When I thought that I found a peace of mind, it was only for a brief moment and it was not real.  I wasn’t making my situation any better; I was only avoiding it for a little while.  The difference between now and then was my relationship with God.   It’s not that I forgot about what God could do but I thought that I was not worthy of what God could do. My mind was telling me, “How dare I ask God for help and I know I was not living how I should be according to his word.”  I knew better.  That kind of thinking will keep a person in bondage and misery.  God does not operate like that.  You would think that I knew better (pastor’s kid) but I was so distracted by other things until my thinking process was not accurate.

Last year, I was depending on myself.  I had been doing that for some time (a few years).  I felt secure in the abilities that I could get things done.  It is nothing wrong with having abilities to get things done but I should have not forgotten about God in the process.   After all, who blessed me with the abilities anyway?  God did.  I was losing the battle last year. I hadn’t always thought like this.  What had happen over the years?  Somewhere I came to the unrealistic realization that  things were not progressing fast enough for me, so I started depending on myself.  By putting all my trust in myself, I was killing myself mentally, spiritually, and physically.  I no longer had the energy to continue with that way of thinking or living.  I was so tired.  It seems like everything was going good for my family but when you leave God out, it’s only an illusion.

Financially, we were doing fine but I was still miserable because I was depending solely on what I could do. Yes, of course, depending on me looked like it was getting me an alright life but it was not a great life.  To be honest, I fought the thought of leaving my job for the whole year.  My husband constantly told me that I needed to leave my job but I was ignoring him because I felt secure in my own abilities.  Towards the second half of the year, I began to talk to God.  I began to seek him.  I ask God for help.

During this time, I realized that I had to get rid of some of the distractions that were clouding my judgment and way of thinking if I wanted to get out of that way of living.  The last six months of my job were horrible.  Did anything change? No, the same issues that I had been dealing were there.  They didn’t magnify or increase. You see, when God is trying to get you from a place, there will not be any peace if you try to stay where he is trying to remove you from.  I was so miserable and barely holding on.

I finally had another talk with God and it ended with, “Do what your husband is telling you to do.”  So, I put in my two weeks’ notice and honestly, I felt a burden lifted off my shoulders, shackles remove from my feet (literally).  Mine you, we would be losing an income but I felt relieved.  My husband seemed relieved too.  He had been telling me that I don’t know what doors that I was keeping shut by holding on to that job.  Well, he was right because while I was going through the motion of the two weeks’ process, the opportunity came that we could move. We prayed about it, and God said follow me.

Now, when I say this happen fast, it happened fast.  I mean I left my job and we move in the same month.  Sometimes, God have things happen so fast so you don’t have an opportunity to let doubts come in. We stepped out on faith and we pack our family up and moved over 13 -14 hours away where we did not know anyone.  Actually, I never had been to the new area except for when we signed the leasing documents at where we would be residing at.  I wanted my husband to have a job where he could be home every day and where he did not have to drive at night but it seemed difficult where we were living previously.  We did family things together but sometimes it was limited due to my husband working on the road.  I wanted to be able to spend more time with my husband and children.  When we moved to the new area, my husband was blessed with a job where he was home every day.  Since my husband is at home every day, we are able to do more family things together.   God is Awesome.

God has been ministering to me since I have been here.  I have always wanted to move to the state of Texas but I thought that I had missed the opportunity years ago.  Actually, I had not missed the opportunity, it just was not time yet.  Our time and God’s time are never the same.    You see, my mind was so clouded where I was at until God could not connect with me.  All of those distractions were hindering me from becoming who I should be.  I am now in a season of cleaning.  Even though it gets a little difficult with retraining my thought process, I am enjoying my time with God and the process.  I am a work in progress and I am OK with that.  I understand that I must go through this process to get to the next stage of my journey.

God was always there waiting on me with helping hands.  All I had to do was ask.

This site uses Akismet to reduce spam. Learn how your comment data is processed.

Hi, I’m JcCee. It’s so easy to get caught up in the struggles that comes with living and we forget to view  life with our best (fancy) eyes. I created “Life Through Fancy Eyes”  as a creative outlet to explore and develop life tools to help us see with our best eyes. Take a deserving break with your fav cup of deliciousness. You may find topics on healthy living, plantbased/vegan recipes, self care, inspiration, etc.  Sit back, relax, & let’s find what we need to journey through life with  our “Fancy Eyes.”